The water quality in Shaunavon has been identified as of high importance by property owners and by the Town of Shaunavon.

That is why the Town will be conducting a Fire Hydrant Replacement Program as part of the town's Water Quality Improvement Strategy.

Work has been completed  on Blocks 4,5, and 6 on first avenue east located on the south side of the alley.

Other areas of the community will be done in sections beginning July 4.

A notice will be included in the quarterly utility bills, outlining the affected users whose water services will be interrupted intermittently for up to 3 or 4 hours at a time while replacement is under way in their area.

This means a precautionary drinking water advisory will be issued in those areas, and remain in place until test results confirm the water is safe for human consumption.

SECTION 2 - TO BEGIN MONDAY JULY 4 (highlighted in orange on the map below.)

Two items of special note: There will be no hydrant servicing from July 10 to 17.

Starting July 18 a Precautionary Drinking Water Advisory will be in place for the entire community, and it will remain in place until the project is complete, approximately four weeks. Affected properties will receive a notice in their quarterly utility bill outlining the advisory and users will be notified when the advisory is lifted.

SECTION 3 - hydrant servicing to commence July 18 Shown in  pink in the map below.

Please note that the dates associated with each section of the map are subject to change as the time for hydrant replacement may vary.

Updates on the program's progression will be provided  on the Town of Shaunavon Facebook page and Website.

If businesses affected by the Precautionary Drinking Advisory have any questions, please contact the Saskatchewan Health Authority at 306-778-5280. 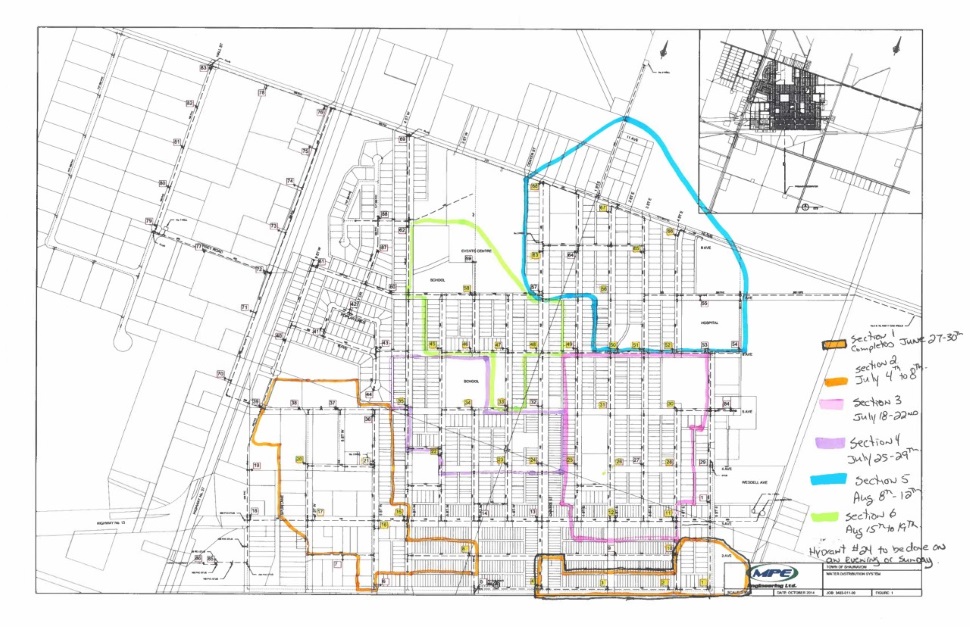 Frontier Days went to the dogs